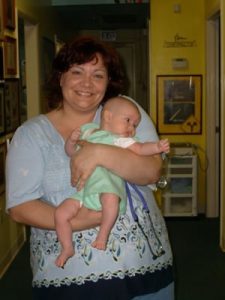 The U.K. Study: Is Home Birth a Reasonable Option?

Outcomes of Planned Homebirths with CPMs:  A large prospective study in North America.

Efforts to encourage women to breastfeed should include information about sleep

A two minute delay can prevent anemia for months

Various Articles and Studies about Homebirth

Cause for Concern? By Dr. Sarah J. Buckley

Hyperoxia May Depress Breathing in Newborns

Evidence Against the Use of Pure Oxygen

Resuscitation of Newborn Infants with 100% Oxygen or Air

A Systematic Review and Meta-Analysis from The Lancet

The first research looking at chemical changes in the brain during restoration of blood flow after cardiac arrest and
the neurological damage that can follow.

Infant and Neonatal Mortality for Primary Cesarean and Vaginal Births

Mortality Rates are Higher Among Infants Delivered by C-section

SSRIs and Your Baby

Is Current Management of Neonatal Jaundice Evidence Based?

The Assault on Normal Birth

Please also see a very balanced summary on NHS Choices web site about the implications of the Birthplace in England Study. http://www.nhs.uk/news/2011/11November/Pages/hospital-births-home-births-compared.aspx

The six full reports including our qualitative case studies and the economic analysis are available here on the funders web site. http://www.sdo.nihr.ac.uk/projdetails.php?ref=08-1604-140

A first-time mom explains why she chose homebirth.

You Want to Give Birth Where?

A dad’s transformation from homebirth skeptic to homebirth advocate.

Not the Kind of House for a Home Birth

“I want to stay home and have people come to me.”

A mother and her teenage daughter reflect on their memories of homebirth.

The advantages and joys of giving birth where you live.

They Saw It All

Having children present at the birth.

Is Homebirth For You?

An Article on VBAC by Nancy Wainer

An Idea Whose Time Has Come by Gloria Lemay

An Article by Judy Edmunds, CPM